At first, the Inland Waterways can seem a bit daunting, especially when people are using words you don’t understand!

However, we’re here to break down some of the most popular words that are used and explain what they mean. 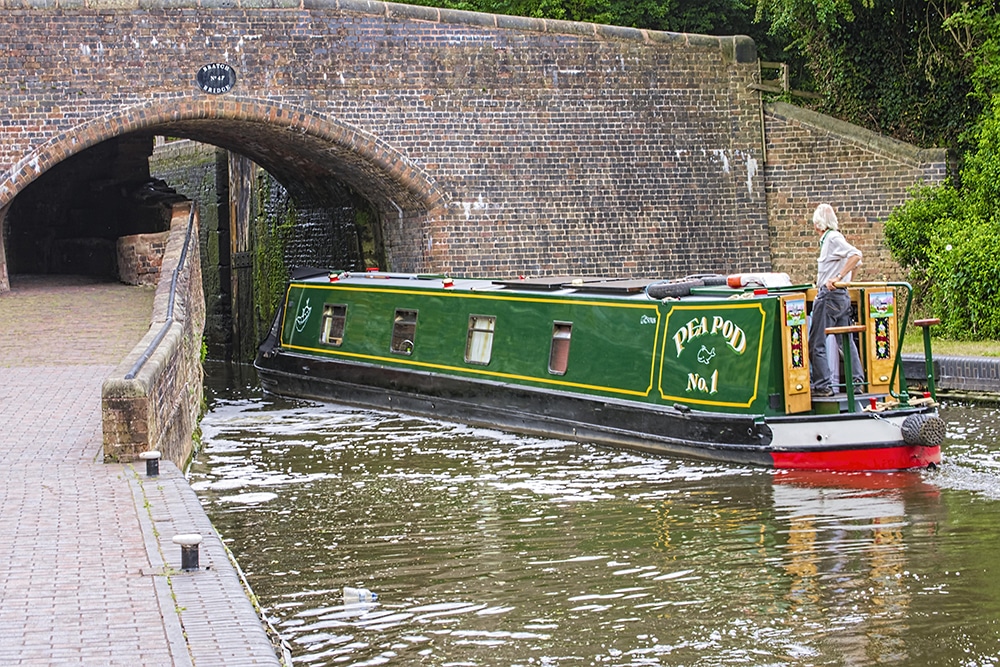 There are many many more terms, but these are some of the most commonly used one’s.

So, now you know some nautical terminology, there are still a few more things you need to do and know about the waterways before setting off.

Here are a few things we are going to cover. 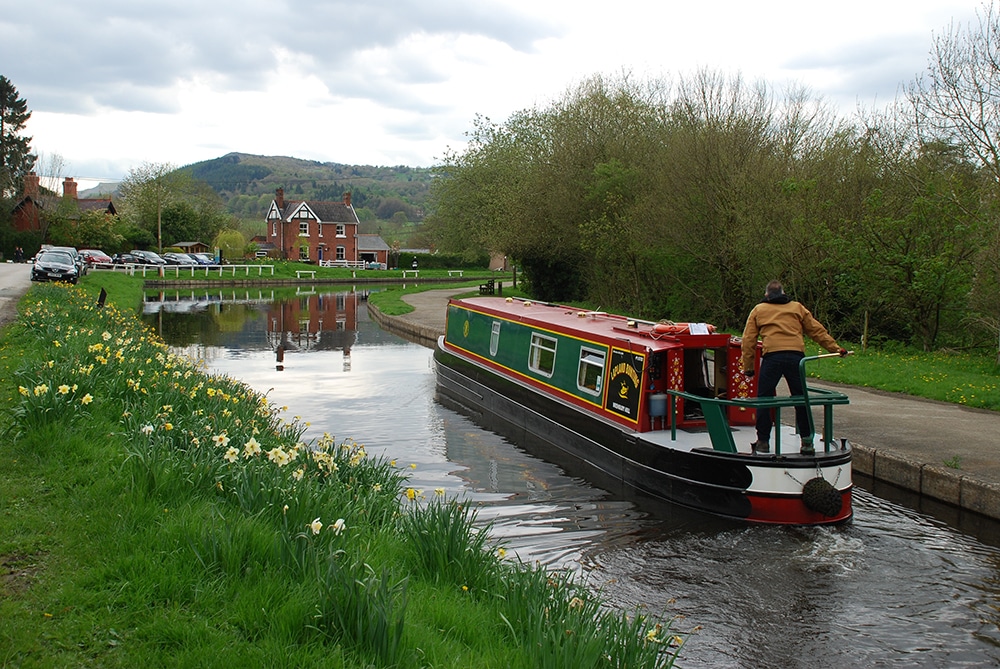 Start the engine, keep it in neutral and wait for a short period of time for the engine to warm up.

When ready to depart, untie both the front and back mooring ropes from the bank but leave the tied to the boat coiled up, ready for use next time.

If you have moored up on a river, do not forget to collect your mooring stakes and be sure to tidy them away securely after use.

As narrow-boats steer from the back of the boat, you will firstly need to check the area is free from boat traffic and then push the boat away from the bank, departing with the propeller deep in the water.

Once the boat is sitting straight in the water, go into forward gear and accelerate.

Across all the waterways, the rule is to always be on the right. You may find this to be no problem on wide waterways, but on most canals (unless there is another boat heading towards you) you should steer down the middle.

This is because it is likely to be shallow towards the edges.

When meeting another boat, simply keep to the right and pass each other on the left.

Don’t try to cut corners when going around bends as you risk collision or going aground.

Remember to go slowly and keep your eye out for other waterways users that may not see you. Slow the boat down until it has almost stopped entirely. Stop just a little short of where you want to moor up making sure your boat is straight.

Then, move forward very slowly pointing the boat towards the bank and use the reverse gear to stop the boat before the front hits the bank.

Then put the boat into neutral gear.

Be sure to moor in places you are allowed to and respect time limitations.

Locks can seem a little confusing at first, but it is just a series of step-by-step tasks.

A lock is a chamber with gates at either end. Opening or closing these gates will allow your boat to move up or down onto a new area of the waterway.

There are various types of locks, but they all work on the same principal.

When the lock gates are closed, you operate the sluices or paddles to allow water to get in or out.

Once the water level under your boat is the same as the level you are moving to, you can open the gates and move in or out of the lock.

Some locks are operated by lock-keepers and some you operate yourself. Check with your particular waterway to find out more details.

There are many other boat handling rules so be sure to read up on all of them as recommended by the Canal River Trust. 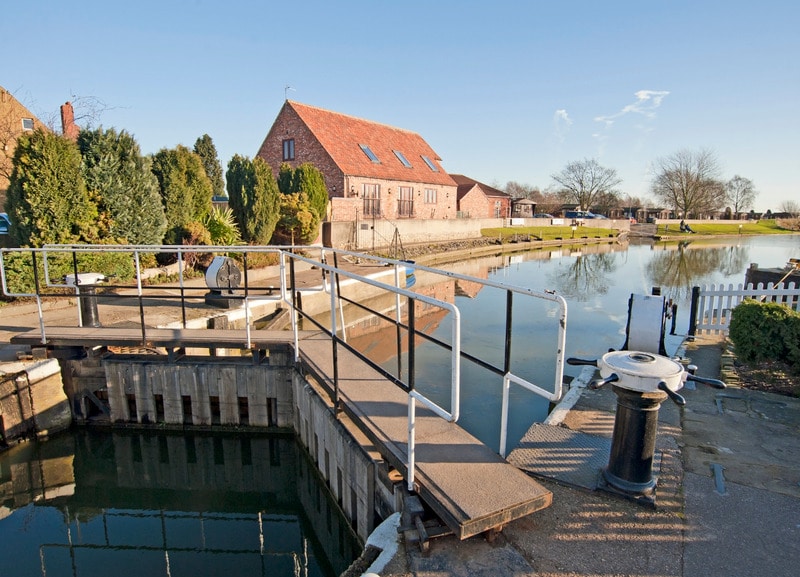 This is one of the most common types of accident but falling from a boat can be a lot more serious.

Not only could you drown, you could hit your head, be crushed between a boat and the bank or even be dragged into a moving propeller.

We do not want to scare you, but these are all things that need thinking about so you will know how to avoid them at all costs.

So here are a few things you can do to avoid any accidents;

There are many signs along the Waterways and we recommend you learn what each of them mean. They can be very handy when it comes to navigating around safely. Collisions with boats, bank or bridges are a common cause of injury.

Be sure to check the headroom for bridges and remember that bridge shapes vary and water levels rise and fall.

Be ready for strong flows at locks and other places where water is taken in or out of the waterway.

Sound your horn for several seconds as you approach blind corners and junctions.

Watch out for other waterways users such as canoes and dinghies.

Boat fires and explosions should not be taken lightly. These types of accidents can be fatal.

The bottled gas inside canisters used for cookers, fridges and heaters are heavier than air and if there is a leak will build up in the bottom of the boat. All it needs is a small spark and it will ignite the gas.

You should also be cautious when operating cookers and heaters as to avoid carbon monoxide poisoning.

We recommend checking your appliances regularly and fit a smoke and carbon monoxide detector suitable for use on boats and test it regularly.

Rules of the waterways

There are 8 main rules of the waterway 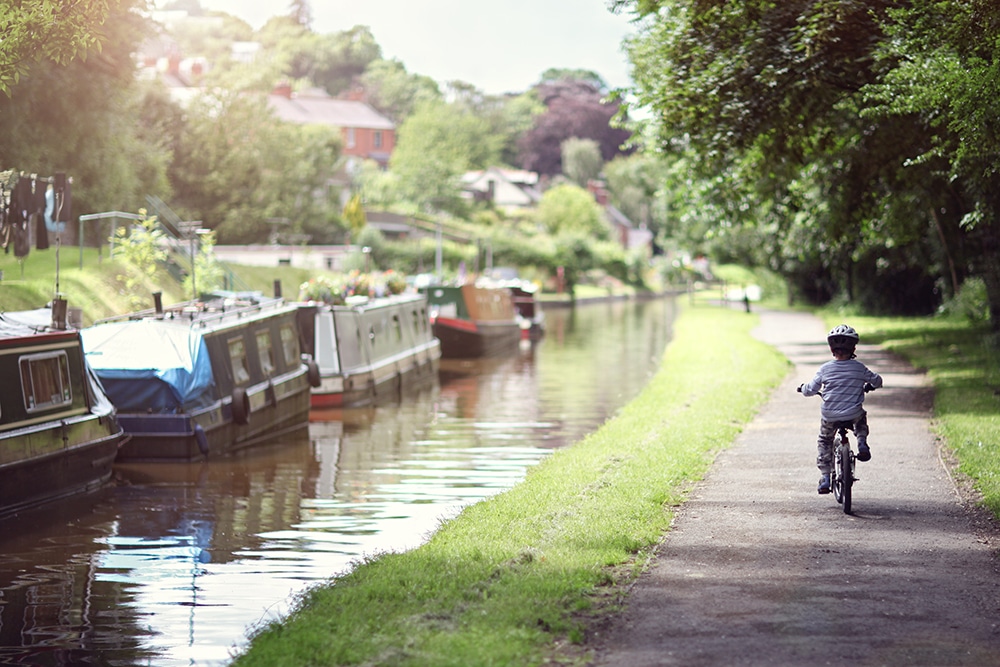 There are a lot more boating etiquette’s than there are actual rules. However, sticking to them will help make for a much more peaceful and less stressful time.

It goes without saying that the waterways would not have the same aesthetics if they were full of litter and the wild life wouldn’t that depends on it would not like it too much either.

Do not throw any waste overboard. Litter can kill wildlife and can cause problems for other boaters too by getting tangled in their propellers. There are plenty of waste
disposal points at marinas and along the waterway, so just hold onto your litter until you can dispose of it safely.

Although recycling points are not universal at waste disposal points there are also plenty of public sites near waterways.

Do not dump oily water from your bilge into the water. Well maintained engines shouldn’t leak, so if this is becoming a recurring factor you may want to get your boat booked in to see a specialist.

Do not empty any sewage into the waterways. There are facilities for chemical or closed toilet systems at marinas and sanitary stations.

You are allowed to empty the waste water from your sink, shower, dishwasher and washing machine into the waterway. However, normal detergent and washing liquids have chemicals in them that are harmful to aquatic life. So we recommend using environmentally friendly products. It is recommended that you only run your engine between 8am and 8pm so to not disturb other boaters.

Go slow before, during and after passing moored boats.

When mooring, make sure you haven’t left a large space that another boat cannot get into. This is especially true and very busy and popular areas.

Be sure to learn how long you can stay moored in one particular place and do not overstay.

Respect the waterways and other users on it.

We have supplied you with some basic information about the Inland waterways, but there are other websites that go into much further detail.

Here are a few websites that we recommend for further information on the Inland Waterways;

That’s about it from us. We hope you learned something new and now know more about what life on the waterways is like. 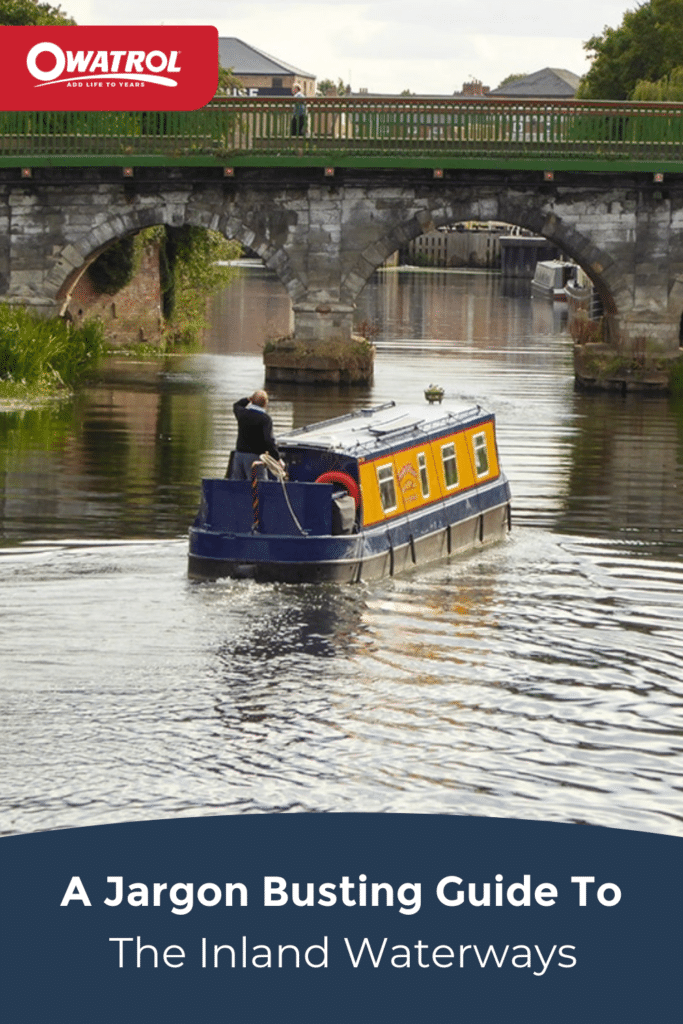