Have you found mould patches along your walls or ceilings? Are you unsure of how to get rid of it for good?

Many people struggle with mould problems in their homes and sadly, if left untreated, it can cause all sorts of problems.

Mould is a kind of fungus which develops from spores. It grows in damp, warm conditions that have little to no airflow, which is why bathrooms often suffer from mould.

It is most often caused by humid conditions and lack of ventilation. However, sometimes mould on walls can be due to plumbing leaks or even badly insulated heating pipes.

Mildew is the name for the most common type of mould on walls. It is a black mould and has spots that can spread over very large areas if it is left untreated.

If you have found mould growing on your painted surfaces such as your walls and/or ceilings the number one thing you must not do it simply paint over it. We know this seems like the easiest and fastest way to rid it, but sadly it will not work.

It will be both a waste of time and money as the mould will still continue to grow underneath the paint. It will eventually show through the paint and you will be right back to where you started.

The best way to remove mould is to kill it once and for all.

This may sound like a time consuming and difficult thing to do but it’s a lot simpler than you would think!

The first thing you can do is use a chemical treatment to remove and kill the mould. We recommend using one that contains low toxicity ingredients and has high antimicrobic activity.

If your home is suffering from rising damp, you will need to contact a professional. Rising damp is serious business and not something a DIY-er should tackle.

Rising damp begins at the bottom of an internal wall and moves upwards. The bricks, mortar and cement in the internal wall absorbs water and sucks it up the wall.

The internal wall will then become permanently moist, which then encourages the growth of mould.

A professional builder will be able to put add a damp proof course – this creates a barrier and stops water from being absorbed.

How to prevent mould 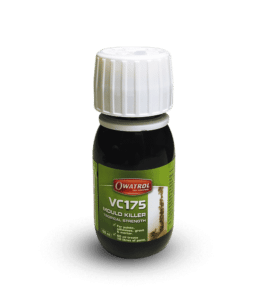 There are many things you can do to prevent mould from recurring (or occurring in the first place).

If it is not rising damp, then you can use a mould preventative product such as VC175 mould killer.

It is a powerful, long-lasting mould and algae killer which can be added to a wide range of products such as paint, timber stains, textured coatings, grout, mortar and adhesives

Mould and mildew love to live in moist, warm and dark places, so doing simple things such as opening your curtains or blinds will bring in natural sunlight to help avoid it from returning.

If the problem is external, then try to direct water away from the home. If, for example, it is faulty guttering that is allowing the water to come into contact with the house fix or replace it immediately.

Keep the space as well-ventilated and as dry as you possibly can. If there is no access to fresh air, perhaps consider installing a dehumidifier.

Dusting, cleaning and vacuuming regularly will help to get rid of any dormant spores present and therefore reduce the chances of the mould coming back again.

Try to keep activities that create steam isolated and if possible, use an extractor fan when you take showers and cook.

We hope you found our guide on how to remove and prevent mould helpful. If you have any other tips, tricks or advice, please feel free to leave them in the comments below. We love hearing from you! 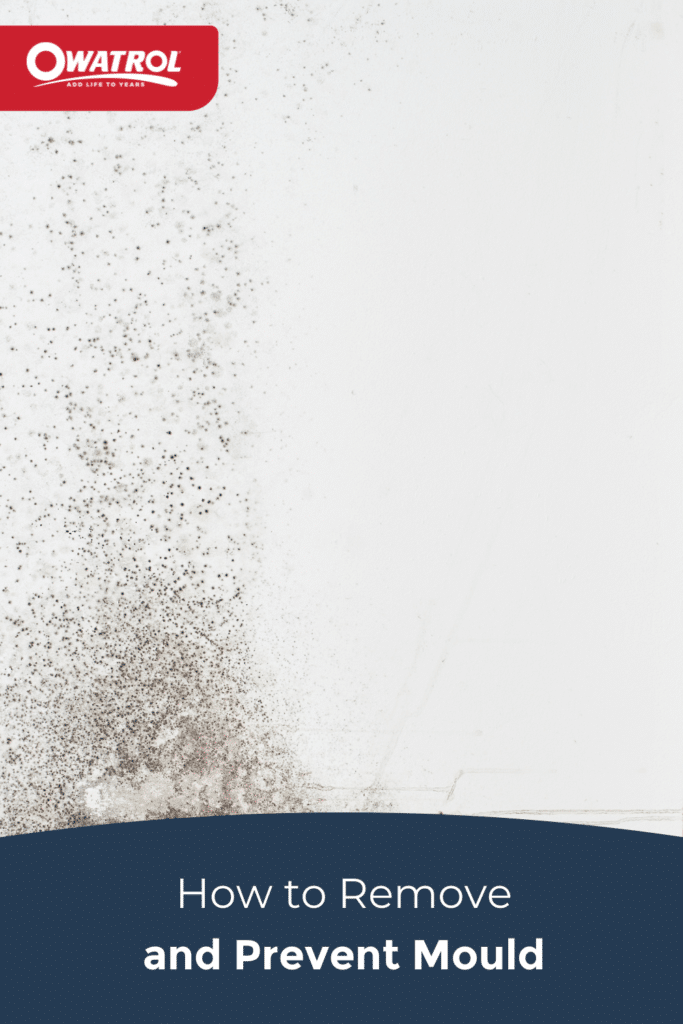